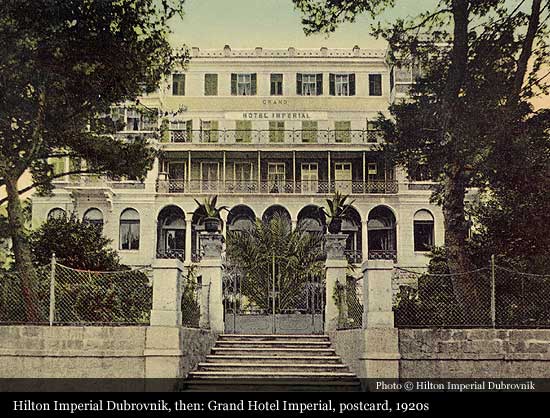 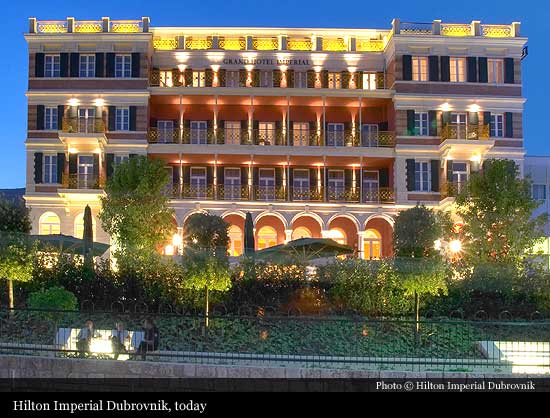 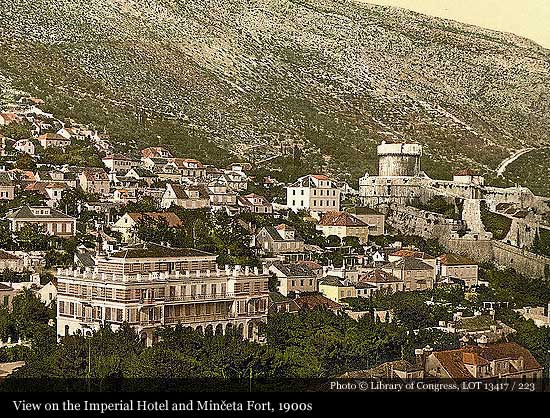 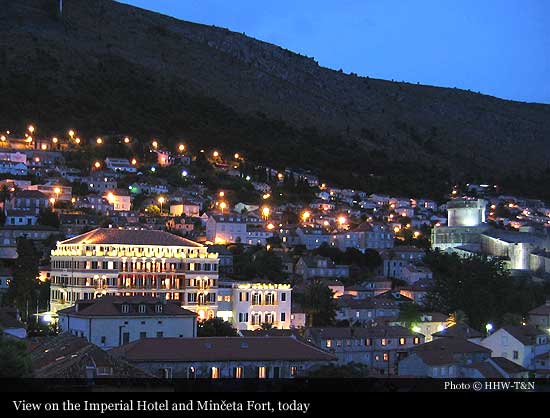 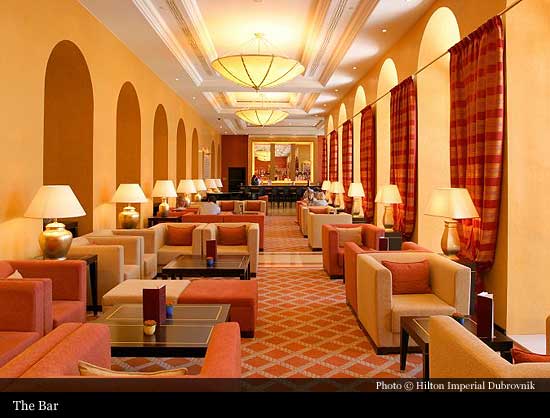 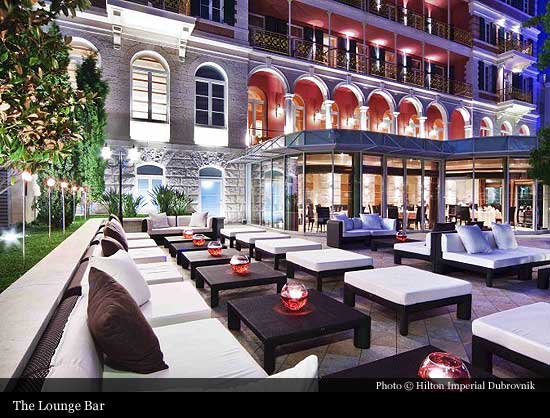 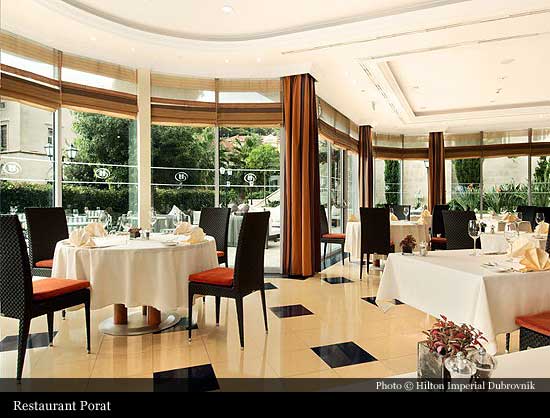 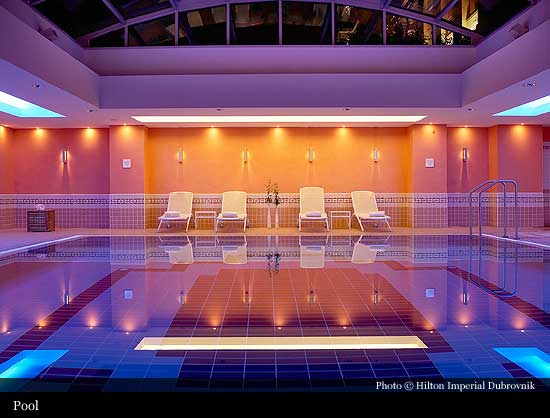 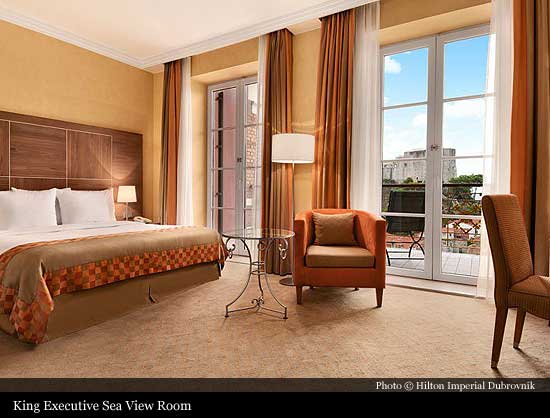 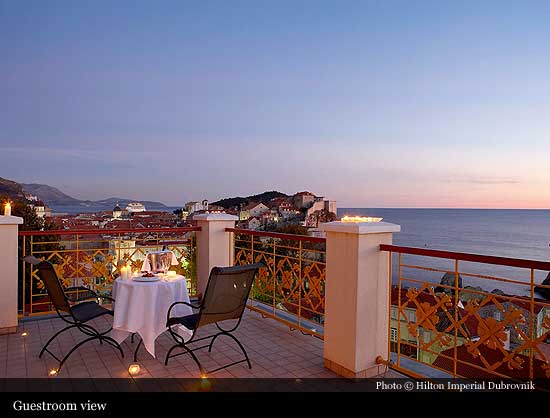 More than a century ago, in January 29, 1897 the "Grand Hotel Imperial" was opened. This was the first modern hotel in Dubrovnik and its building signalled a historic transformation of Dubrovnik's tourism. The idea for the building of a modern hotel in Dubrovnik was Baron Viktor Kalchberg's, president of "Austrian Lloyd", a Trieste steamship company. Kalchberg noticed what Dubrovnikan newspapers had commented on – that too few passengers decided to travel expensively to distant Dubrovnik and that those who did go, only stayed a short while due to lack of quality hotel accommodation. At the time, Dubrovnik only had four hotels with rather modest accommodation.

At the beginning of November, 1893, Kalchberg sent a letter to the mayor of the Community of Dubrovnik, Baron Frano Gondoli-Ghetaldi, expressing his company’s interest in "erecting in Dubrovnik a very nice hotel so that foreign visitors might visit Dubrovnik more often and stay in this gentle ambience in order to improve their health". The local authorities and the public supported the idea. According to the design of the Viennese architect Ludwig Tischler, the Zagreb firm "Zagrebacko gradevinsko poduzetništvo Pilar, Mally and Bauda" began to buid the hotel on June 2, 1895. 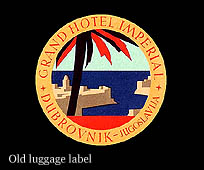 The formal opening of the "Imperial" on May 29, 1897 was spectacular. It was the first hotel in Dubrovnik that had modern equipment: its own electric lightning, steam central heating throughout, hot and cold running water, bathrooms, an electric lift, room bells, reading salons and card rooms, a special hall for ladies, a spacious restaurant, a belvedere on the main roof, an attractive garden; guests were served for the first time by professionally qualified staff. The "Imperial" then had only two floors, and 70 rooms equipped with stylish furniture.

Among the first guests of the "Imperial " there were: John von Rainger – the count counsellor from Vienna, Count Waldstein – the chamberlain from Trebitsch, Count Carl Tes – the state secretary from Vienna, Count Louis Kulmer – a landowner from Zagreb, Count Emil Kulmer- a landowner from Brcko, Heinrich Kolonghy – the grand landowner from Torok Kaniz: also generals, lawyers, merchants, manufacturers from London, Prague, Graz, Trieste, Venice and other cities. A formal banquet was laid on as part of the opening ceremony of the "Imperial" hotel. Local dignitaries were also invited. Newspapers wrote that ordinary Dubrovnkan citizens were offered "a taste of the food and drink" in the lower restaurant.

Dubrovnikans call the century-old Imperial, "a hotel which remembers much", because it was a witness to, and a direct participant of, many interesting events in Dubrovnik. It is interesting to note that, at that time, winter tourism was more developed than summer tourism, which is the opposite today.

The level of service in the "Imperial" could be gauged by the fact that the hotel had its own small steamer named "Ida". It took hotel guests on excursions to the islets of Lokrum and Daksa, to the coves of Zaton and Trsteno and the small coastal villages in the region of Župa and Rijaka Dubrovacka. If there were any free places on the Ida, Dubrovnikans could join too. The hotel service was enhanced in 1908 with its own carriages to transfer guests to any destination in Dubrovnik, and in 1923, by the purchase of four Mercedes cars, with liveried drivers taking guests even as far as Cetinje. A multitude of tourists stayed there in the first hundred years, its guests said that this was "a hotel which has a soul".

The annals of the "Imperial" note that the British King Edward VIII and the American Wallis Simpson danced in the hotel garden in August 1936. Throughout the years, famous people would visit from all over the world. In time, the Imperial became a city hotel where all the more important social events took place. Generations of Dubrovnikans recall the hotel as the setting for many unforgettable memories.

The accommodation of the Imperial was increased in 1905 by adding a third floor, then an additional building was erected in 1913, and in 1987 its capacity was increased, so that the number of rooms went from 70 to 120. Unfortunately, during the Serbo – Montenegrin attacks in 1991 and 1992, the target was very often the" Imperial", even though several hundred refugees were sheltered there. Because of direct hits and mortar explosions on November 11 and 12, 1991, large fires burned on all three floors. The heaviest attack on the Imperial happened on June 29, 1992 when three refugees were killed and 13 injured from shell-fire.

During the process of the privatisation of state property, the Dubrovnik shipping company "Atlanska plovidba” became the majority owner of the hotel company "Grand Hotel Imperial". In preparation for complete reconstruction and additional building to the Imperial, the "Atlanska Plovodba” decided to entrust Hilton, with the running of its hotel business. With these changes, the "Imperial" has become a modern business hotel. Although it has a new official name, the "Hilton Imperial Dubrovnik", the old name "Grand Hotel Imperial" is still on its façade.It is interesting to note that the hotel had two openings. First on May 1, 2005 when it opened for business. This celebration was arranged for journalists and some city dignitaries, representatives of tourist associations and investors. The second, “official” opening took place on July 1, 2005, with a glamorous launch. Also a very rich artistic programme was arranged. The president of the Board of the "Atlanska Plovodba”, Ante Jerkovic, the president of "Hilton Worldwide" group for Europe and Africa, Wolfgang Neumann, and the president of the Government of the Republic of Croatia, Ivo Sanader, spoke about the significance of this event. The Prime Minister, Ivo Sanader, opened the hotel with a symbolical ribbon cutting. Today Hilton Imperial Dubrovnik, although completely renovated, has preserved original 19th century architectural features and all the best from its glamorous past, while at the same time offering contemporary comfort and technology.