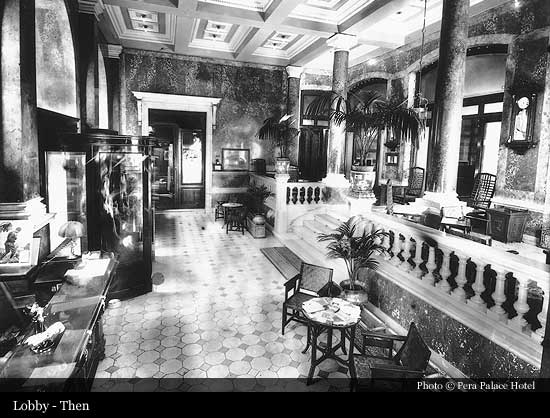 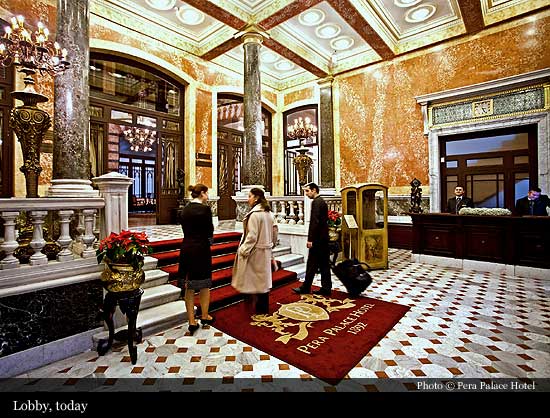 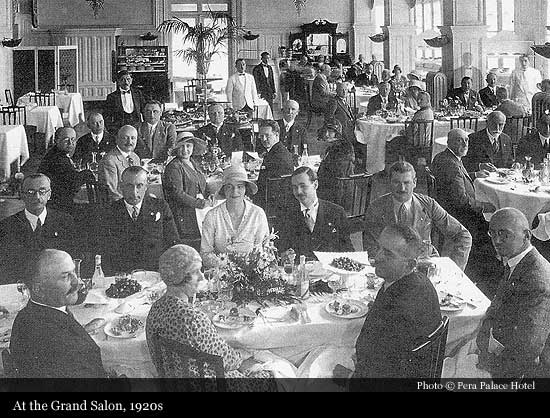 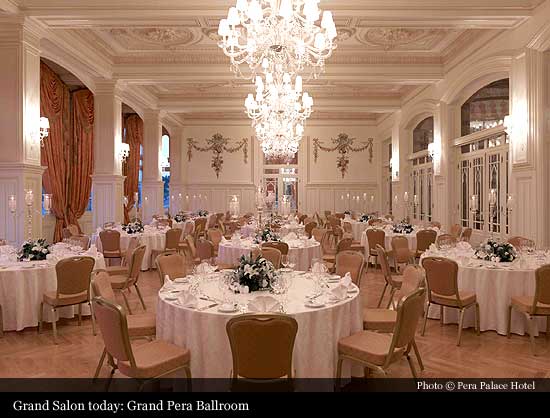 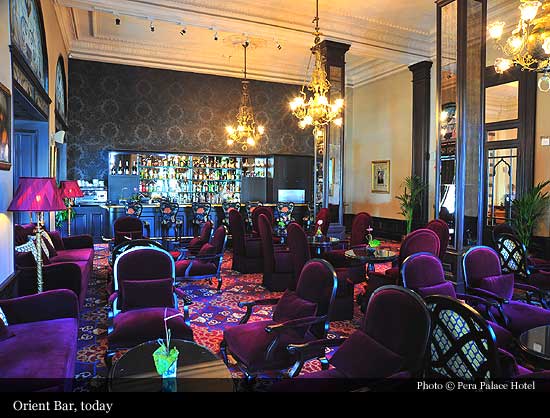 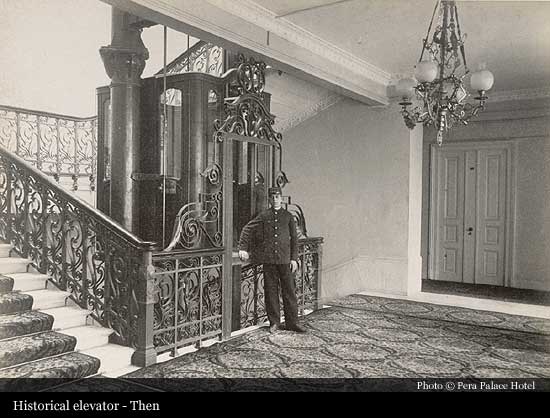 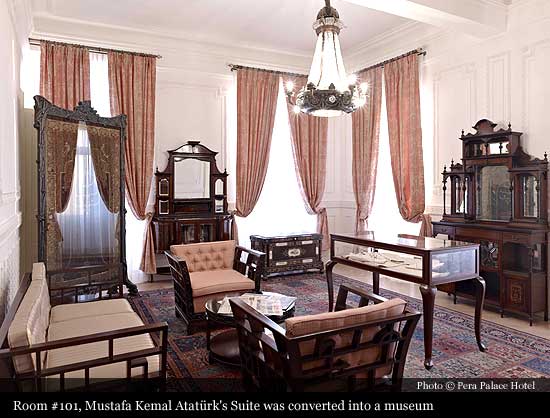 In the late 1800’s, a gap in the market for luxury hotels in Istanbul was recognised. Passengers aboard the Orient Express, the preserve of the elite, desired somewhere of equal elegance at which to rest their heads upon reaching the last stop in the East from Paris. With this in mind, the Pera Palace Hotel was born. Establishment work began in 1892 and the grand opening ball was held in 1895.

Pera Palace is located in the Tepebasi district of Pera; the ideal location for such a historic gem. Overlooking the Golden Horn and known as ‘Little Europe’, this area was, and still is, a hive of cultural activity. Alexander Vallaury, a French-Turkish architect living in the city designed the hotel in a blend of neo-classical, art nouveau and oriental styles. Vallaury undertook a number of other iconic projects in Istanbul, including The Ottoman Bank Headquarters and The Istanbul Archaeology Museum.

Pera Palace, the longest established European hotel in Turkey, was ground breaking in its technology. It was the first and only building to be powered by electricity, other than the Ottoman Palaces. It was also the only address in the city to provide hot running water for its guests and was home to the first electric elevator in Istanbul.

The hotel soon became the place to see and be seen. Its spacious rooms, lit with magnificent chandeliers hosted many parties and soirees, with illustrious guests from across the globe passing through its doors. The hotel bore witness to the decline of the Ottoman empire, the founding of the Turkish Republic and two world wars.

Along with politicians, artists and writers, kings, queens and heads of state have also strolled along the halls of Pera Palace Hotel. King Edward VIII, Queen Elizabeth II, Emperor Franz Joseph, as well as Sarah Bernhardt, Alfred Hitchcock, Pierre Loti and Jacqueline Kennedy Onasis have all stayed, to name a few. As testimony to the hotel’s en vogue reputation, the first fashion show in Istanbul was held at the hotel in 1926.

In 1917, Mustafa Kemal Atatürk, the founder of modern-day Turkey, stayed at Pera Palace for the first time. The great leader always chose to stay in Room 101 and on his 100th birthday in 1981 his room was turned into a museum as a tribute to his life. The Atatürk museum room exhibits a spectacular collection of rare Turkish and foreign Atatürk books, magazines, postcards, medals all gathered from auctions by the Pera Palace team.

Ernest Hemingway was also often found whisky in hand, lost in the depth of his thoughts at the Orient Bar, which has always been a popular meeting point for residents, intellectuals of Istanbul and international travellers alike. Greta Garbo too was a regular – she always cherished the days she spent in Istanbul, daydreaming while watching Istanbul city life from her window. The world famous thriller writer Agatha Christie allegedly wrote Murder on the Orient Express whilst staying at the hotel. A small key, possibly to her diary, was found in her favourite room, 411.

On 1st September 2010, Pera Palace reopened after a two year and 23 million Euro restoration project. The key objectives of the restoration and renovation project were to ensure that the original architectural and design features of the property were preserved in accordance with Turkish Law, bearing the fact that since 1983, Pera Palace Hotel is listed as a part of cultural heritage in Turkey and is regarded as an important historical building.