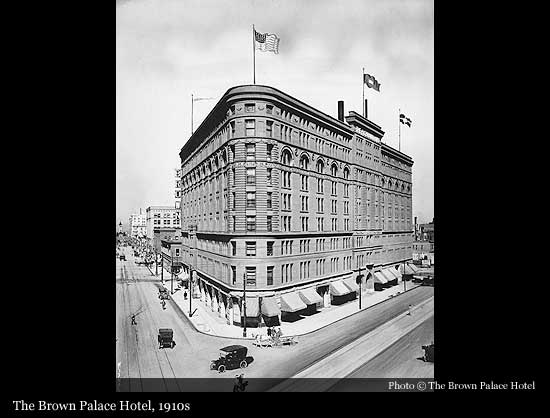 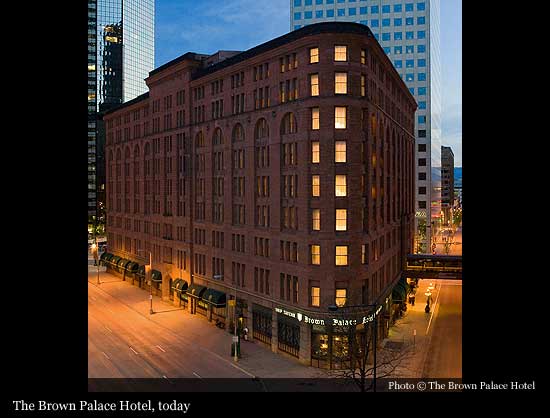 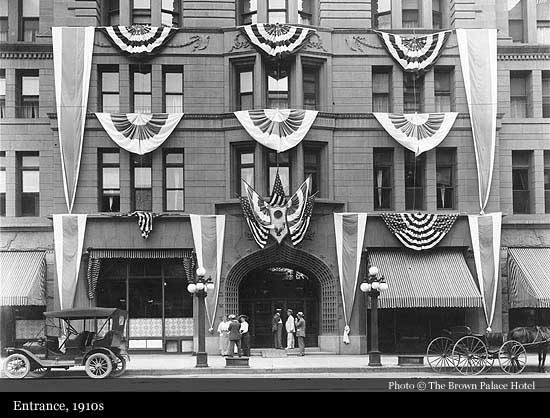 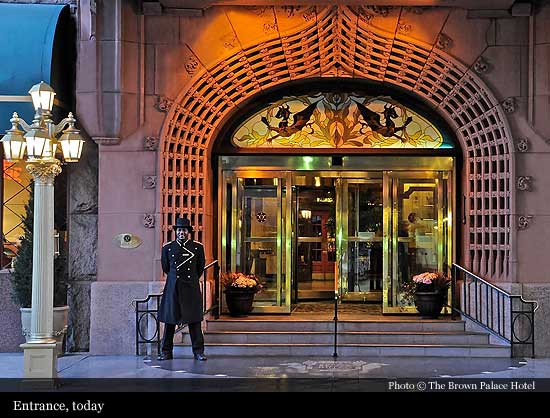 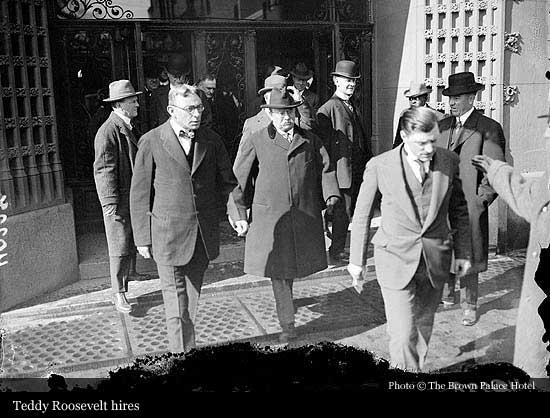 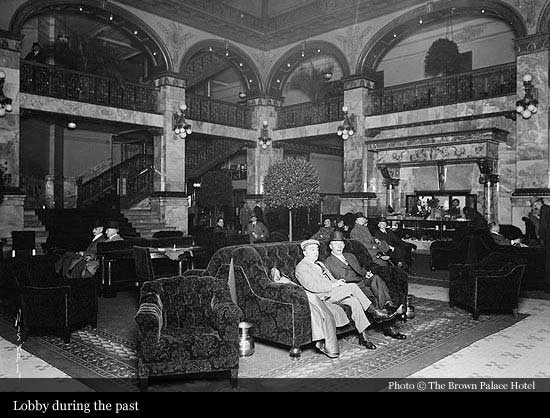 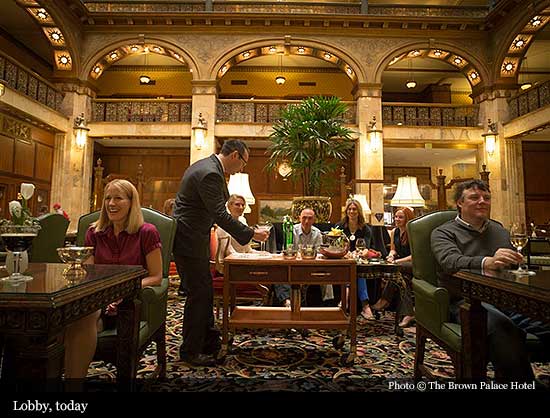 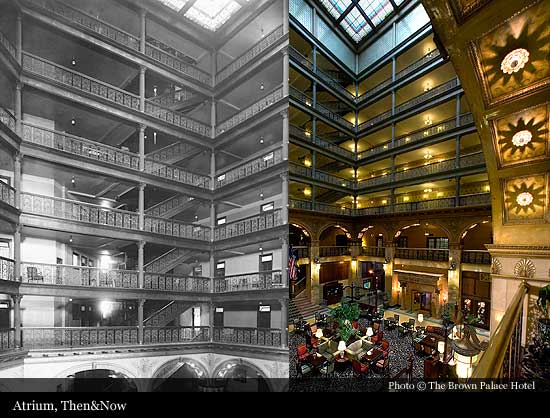 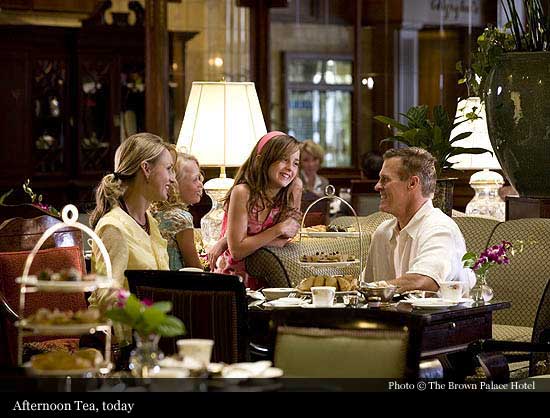 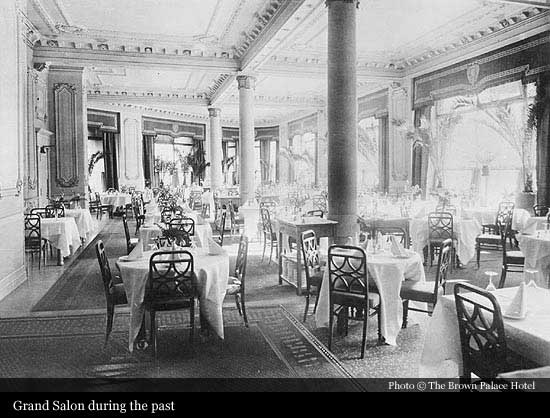 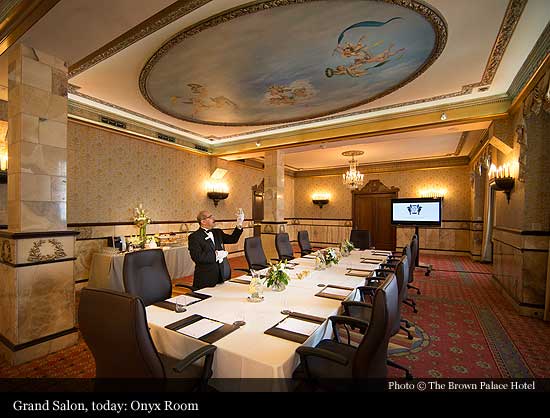 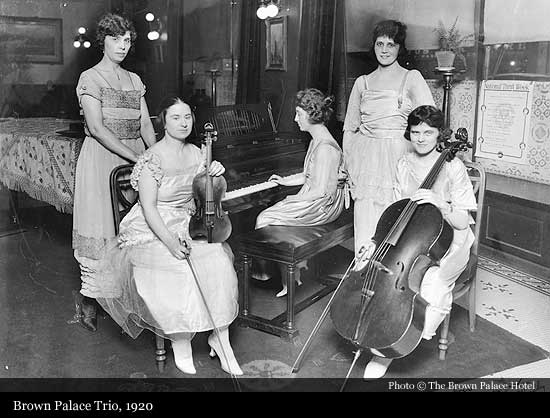 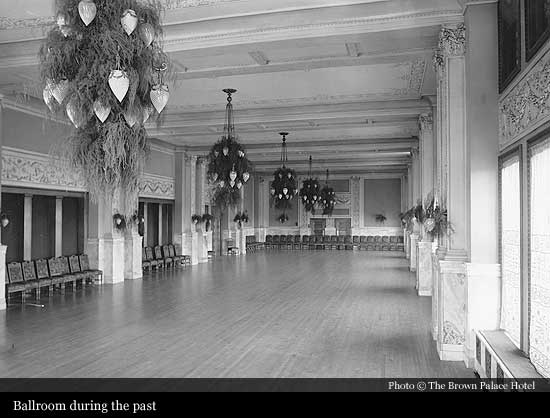 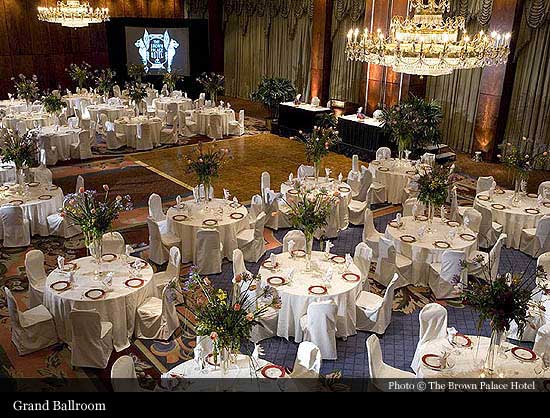 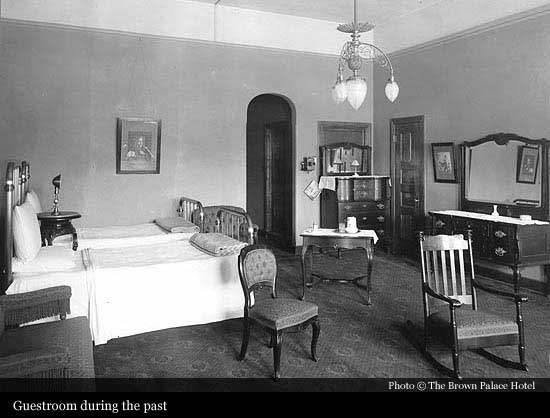 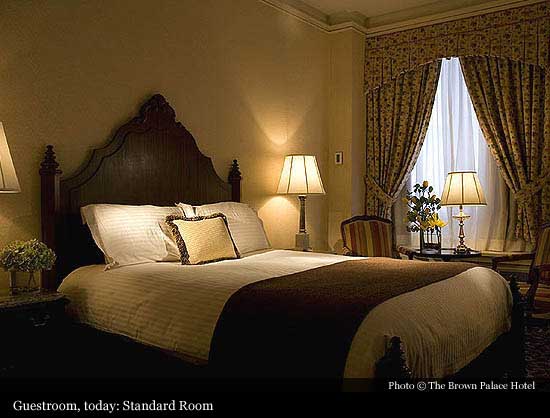 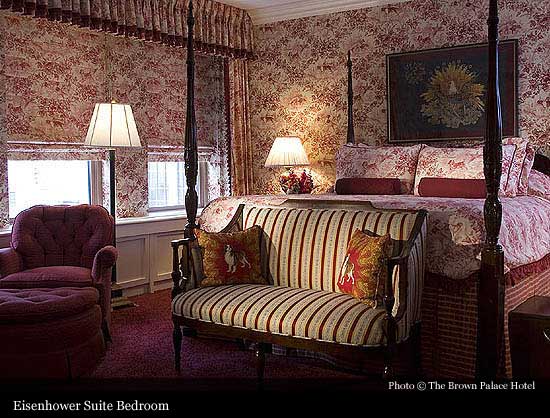 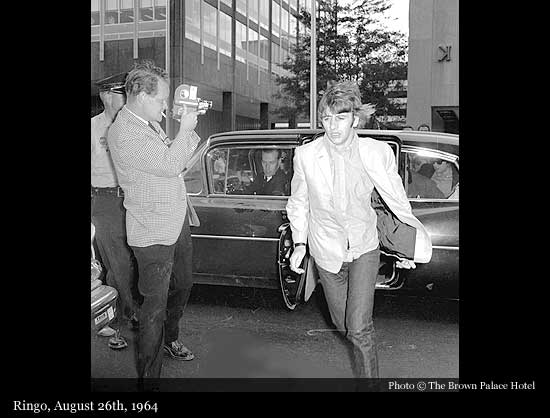 Henry Cordes Brown, a carpenter-turned-real-estate entrepreneur from Ohio, came to Denver in 1860 after a number of adventures in California, Peru, Nebraska and St. Louis, Miss. In Denver, Brown purchased 160 acres of land, including a triangular plot at the corners of Broadway, Tremont and 17th street, where he grazed his cattle. Brown made a name for himself by donating land for the State Capitol building, and by giving the first $1,000 for the founding of the city’s first library.

Henry Brown had made a fortune selling off the rest of his land on Capitol Hill and no expense was spared for his “Palace Hotel.” Architect Frank E. Edbrooke was hired to design the hotel. Like Brown, Edbrooke played a significant role in Denver’s history, designing several landmark buildings, including Central Presbyterian Church and the Masonic Temple Building, among others. 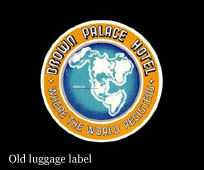 Work on The Brown Palace began in 1888. Edbrooke designed Brown’s hotel in the Italian Renaissance style, using Colorado red granite and Arizona sandstone for the building’s exterior. For a finishing touch, artist James Whitehouse was commissioned to create 26 medallions carved in stone, each depicting a native Rocky Mountain animal. These medallions can still be seen between the seventh floor windows on the hotel’s exterior.

For the interior, Edbrooke designed an atrium lobby, with balconies rising eight floors above ground, surrounded by cast iron railings with ornate grillwork panels. No one knows for sure whether it was done intentionally, but two of the grillwork panels were installed – and remain – upside down. Edbrooke imported onyx from Mexico for the lobby, the Grand Salon (now the Onyx Room) on the second floor, and the eighth floor ballroom. The hotel was hailed as the second fire-proof building in America. No wood was used for the floors and walls, which were instead made of hollow blocks of porous terracotta fireproofing.

After an expenditure of $1.6 million – a remarkable sum for the time – and another $400,000 for furniture, The Brown Palace Hotel opened on Aug. 12, 1892. It had 400 guest rooms (compared to 241 today) that rented for between $3 and $5 a night. There were two banquet halls, a ladies’ ordinary (lounge), and a Grand Salon. The lobby housed a smoking room, a men’s bar, a ladies’ waiting room, and at least 18 stores. Today, there are four restaurants, 11 banquet rooms (all but one on the second floor), a coffee & tea shop, spa, floral shop and business center.

Legend has it that a tunnel connected The Brown Palace with the Navarre building across the street. Persistent rumors insisted that gentlemen staying at the hotel traveled discreetly by rail car through the tunnel to the Navarre, at the time a house of gambling and prostitution. It has never been proven that a tunnel existed, but subterranean tracks leading to a brick wall have been located beneath the Navarre.

There were, and still are, many interesting and unique features about The Brown Palace. Because of its atrium, all rooms face the street. Early on, guests were asked whether they preferred morning or afternoon sun. The hotel derives all of its water from its own original artesian well. A huge carousel oven, at least half as old as the hotel and one of only three known to be in existence, still turns out the melba toast, macaroons and other baked goods on a daily basis in the pastry kitchen.

The Brown Palace Hotel has been open for business every minute of every day since Aug. 12, 1892. Unlike most and perhaps even all historic hotels, The Brown Palace has never closed for renovation. Instead, it has been remodeled, refurbished, updated and redecorated on an ongoing basis, including the latest $6.5 million restoration of the top two floors, and $3 million for the newly constructed Spa at The Brown Palace.

Standing the test of time, The Brown Palace today remains what it was originally meant to be – a grand, unprecedented hotel. Indeed, The Brown Palace is still known for many of its original qualities: its unique triangular shape, its stunning, eight-story atrium lobby, its elegant atmosphere, and perhaps most importantly, its ability to treat weary travelers like royalty.